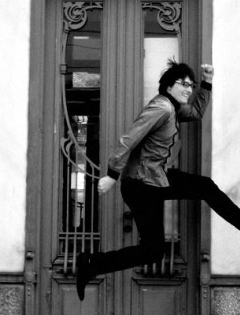 Brendan Ciecko is the founder and CEO of Ten Minute Media, a company that specializes in digital media and creative services for the music entertainment industry. Since its official establishment in 2003, Ten Minute Media has acquired a flourishing list of clients including, Warner, Universal, Sony Music, Capitol Records and some of the biggest names in entertainment. Ciecko's portfolio and achievements have gained the attention of the national press. In October of 2008, Ciecko appeared on the cover of Inc. Magazine in the feature article, Cool, Determined, Under 30: Meet the brains behind America's smartest new companies. He has also appeared in Entrepreneur Magazine, BMW Magazine, Boston Globe, PC Magazine, FastCompany, NPR and was a national finalist of the Global Student Entrepreneur Awards. One of Ciecko's current projects, Font.ly, is an iPhone and web app that captures and maps typography and found-lettering of historical and aesthetic significance. Font.ly strives to become the leading user-generated archive of typographic and visual anthropology. A native of Western Massachusetts, Brendan is passionate about the economic revitalization of Holyoke, and is the key organizer of the Idea Mill conference (supported by MA Governor Deval Patrick) which takes place in downtown Holyoke and attracts entrepreneurs from all over New England. He currently sits on the Community Advisory Board for the Massachusetts International Festival of the Arts, and was previously on the Massachusetts "It's All Here" Advisory Board. Brendan currently lives in Boston's historic South End with his loving fiancee Elizabeth and their little dog Misiu.